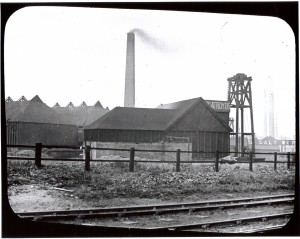 The Middlewich Heritage Trust was established to preserve and promote the heritage of Middlewich as a resource for the benefit of the residents and of the wider public. Its first priority is the preservation and renovation of Murgatroyd’s Brine Pump.

Middlewich has a history of salt production dating back at least to the iron age and coming forward via Roman salt working, the medieval period, and the industrial revolution into the 20th century. Archeological artifacts are displayed in the town’s library, but the evidence on the ground for iron age, Roman, and medieval salt production is now buried beneath 20th-century development. 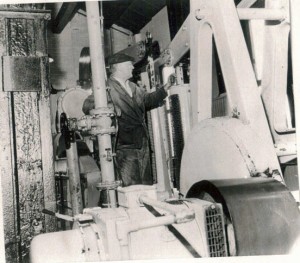 The only above ground evidence of this most important of the town’s industries is Murgatroyd’s brine pump, a listed ancient monument which is the only known pump in the UK which is sited on its original brine shaft.

The shaft, hand dug in 1889, was one of the last in Cheshire to be sunk this way before borehole technology took over. The Gantry is of the same date and was used to put the first pumps, then steam driven, into place and was used thereafter to maintain the pump rods going down into the 274ft shaft. This shaft was the first to find rock salt and the Brine Stream that fed the Salt Works in the Town. This had significant impact, as the brine stream was of fantastic quality and helped to identify the geological fault line through the town.

More detail about the pump can be found at: www.list.historicengland.org.uk/resultsingle.aspx?uid=1020122

The pump has been in the possession of the local borough council and its predecessor authority for many years through which time, for lack of funds because of the other demands on local government resources, its condition has deteriorated. 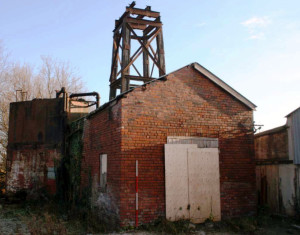 A picture from the survey

Thanks to just over £90,000 of funding from Historic England with further contributions from Cheshire East Council and Middlewich Town Council, this historic scheduled monument has a more secure future. The funding from Historic England will pay for urgent repairs to the monument including; removal of asbestos debris, to make the structure and gantry safe and secure; replace the roof and remove asbestos sheeting. This work is essential to the monument’s survival.

The repairs programme is vital; Murgatroyd’s Brine Pumps are the only surviving ‘Wild’ brine pumps left in the UK. The pumps, shaft, well head and gantry are all elements of highly significant heritage merit. The site is also part of a wider story of salt-making and the chemical revolution

The trust will then seek to raise funds to restore the pump to make it accessible to the public in its own right and also as part of the wider canal and salt history in Middlewich and in the adjoining salt towns. 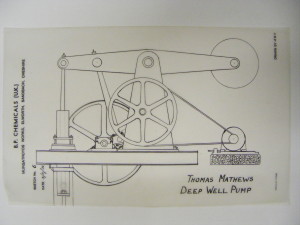 A plan for the pump