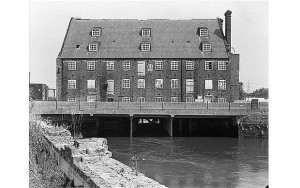 The House Mill at Three Mills, London, England
The House Mill is a Grade 1 listed, 18th-century tidal mill set in Bormley-By-Bow, a beautiful riverside location in the heart of London’s East End. Originally built in 1776 on a pre-Domesday site, the building is the world’s largest existing tidal mill, which houses four waterwheels that ground between 7 and 24 tons of maize and barley, depending on the tides.

Although a number of the neighbouring buildings were damaged in the Blitz of October 1940, House Mill continued to operate as a mill until 1941. Eventually, the House Mill fell into disrepair, and the adjacent Miller’s House was demolished in 1954. By the mid-1980s, the Mill passed into the hands of the River Lee Tidal Mill Trust (RLTMT) and since been restored in part and opened to the public as a historic attraction and tourist information point.

Learn more about the project at http://www.housemill.org.uk/. 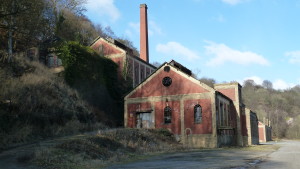 Crumlin Navigation Colliery, Caerphilly, Wales
In 2014, the Victorian Society listed the Crumlin Navigation Colliery among the top 10 most endangered Victorian and Edwardian buildings in England and Wales . Built in 1907-1911at a time when South Wales was the world’s largest coal-exporter, the site is carries great historic significance with 11 separately listed buildings, including the Grade II* listed winding houses, fan house, chimney and power-house.

In 2011, the Carmarthenshire Building Preservation Trust bought the site for £1 and soon approached The Prince’s Regeneration Trust to advise on the project and eventually join the project steering group.

The end goal for the Colliery is to adapt the listed buildings to accommodate a wide range of uses that could benefit the community while also increasing the project’s financial sustainability. Thanks to funding by the Welsh Government, progress is being made towards this goal with the tackling of flooding and pollution risks and securing the site by repairing a large pipe beneath the main access road. 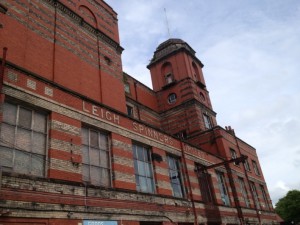 Leigh Spinners Mill, Leigh, England
A Grade II* listed cotton spinning mill on the English Heritage At-Risk Register, Leigh Spinners Mill is a rare example of a double mill built in two phases. Although the first mill was completed in 1913, the second phase of building was interrupted by the Great War and remained uncompleted until 1923. The entirety of the site’s development was overseen by Leigh Spinners Company, which still occupies the buildings today.

A building preservation trust has now been established to support the Mill and is working in partnership with Leigh Spinners to regenerate the historic building. The Trust’s plan includes space for new uses that will not disturb the Leigh Spinners production, preserving the Mill’s historic integrity while increasing its economic sustainability. While there is still work to be done, the completed efforts allow site visitors to view one of the Mill’s treasures: the third largest steam engine in England, which is currently in the process of being restored. 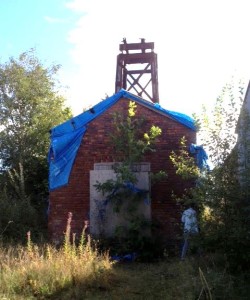 dlewich Brine Pump / Heritage Project, Middlewich, England
A Scheduled Monument, the Brine Pump and the building in which it is housed represent the principal remains of Murgatroyd’s Brine Works. The Works happen to be one of the last remnants of Cheshire’s Salt Industry, linking to the four central salt towns of Middlewich, Northwich, Winsford and Nantwich and are considered to be of national significance due to their status as an extremely rare wild brine pumping installation.

The Middlewich Heritage Trust Group has formed to rescue the historic Brine Pump for public benefit. After five years of the group’s dedicated efforts, Murgatroyd’s Brine Pumps are finally receiving the emergency repair work they needs. While the group’s current goal involves removing asbestos and gaining access to the brine holding tanks, their ultimate vision is to create a visitor attraction that tells the story of salt making within the region.

Learn more about the project at www.brick-work.org/projects/murgatroyd-brine-pumps-middlewich/ 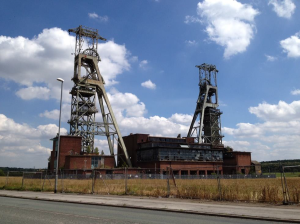 olliery, Clipstone, Nottinghamshire, England
Until its closure in 2003, Clipstone Colliery was a state of the art colliery employing over 1300 men and producing nearly a million tons of coal a year. The historic site retains the UK’s tallest headstocks, flanking a Bauhaus-inspired powerhouse. Dating from 1953, the headstocks are Grade II listed structures, which operate on an innovative technology known as Koepe winders – a rare UK example.

The site is currently considered at-risk, but Clipstone Colliery Regeneration Group hopes to rescue and repurpose the Colliery for the good of the local public. CCRG’s vision involves creating a visitor attraction centred on sporting activities and linking in with existing venues such as Center Parcs and the National Cycle Network. Through these developments, they aim to create jobs and draw investment to the Clipstone community, which has suffered economically and socially since the closure of the deep mine.